Last month, while the Volume Control team dragged ourselves back to school, we got stuck in to our busiest month as a team so far. We planned two of our most ambitious gigs yet, which took place only two weeks apart! It started with our Clash of the New Breeds gig on the 27th September. Since the start of our time in the Volume Control team we’ve discovered an incredible amount of young local music talent, through our competitions for support slots. Every time we’ve had a slot open for application, we’ve been stunned by the quantity and the quality of the entries. We all agreed that we wanted to give as many young bands as possible the chance to play a gig in the Oh Yeah Music Centre. We also used this gig as an opportunity to raise some money for a Northern Ireland based music charity, the Northern Ireland Music Therapy Trust.

We decided on a “Battle of the Bands” style gig, and opened up our email for entries. We were delighted when over 40 young bands and artists entered in just a week, and from there we opened it up to a public vote to decide the 8 artists who would play live at the gig. Thousands of votes were cast, and the final 8 were decided! They were Callum Stewart, The Cartel, Erin and Evelyn, The Native, Orlaith-Rose Comer, Ramona Has a Pulse, Serotonin and Treehome. As well as giving them a chance to play and win some amazing prizes, we also wanted to give the artists some advice for getting started in the music world, so we put together a team of industry mentors including creative development manager Charlotte Dryden, events manager and promoter Sandra Gourley, broadcaster, journalist and CEO of the Oh Yeah Music Centre Stuart Bailie and Thomas Camblin from Broken Melody Records and Old Fang. 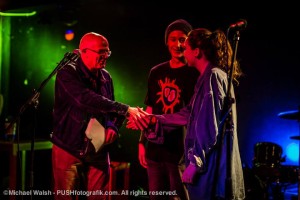 As well as our 8 competitors, we had the incredible voice of More Than Conquerors’ Jamie Neish to headline the gig. The audience voted on their favourite artist after they’d played, and in the end Serotonin were voted the winners with Treehome coming second and The Native coming in third. They all won the right to play support slots at upcoming Volume Control gigs, and Serotonin, who won the support slot at the October gig! Juggling 8 competitors, one headliner and a team of mentors as well as industrial quantities of homework was no easy task but I can honestly say I’ve never been so proud of us as a team as when we were standing in a full venue during Jamie Neish’s set. Sentimental mush aside, we also managed to raise £800 to support the Northern Ireland Music Therapy Trust. 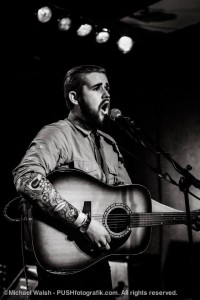 Still on a high after the Clash of the New Breeds gig, we went straight into promoting our October 11th gig as part of the MAC’s M.A.D.E festival. It is a week long festival designed for and by young people aged 14-18 and organised by the MAC’s Den Collective of young event organisers. We worked alongside them to get the gig organised, and we were incredibly excited for our first gig outside of the Oh Yeah Music Centre. Katie Richardson of Katie and the Carnival ran a project in the MAC in the summer to put together a young music collective called the MAC’S Rock School and a group of the participants opened the gig, followed by Clash of the New Breeds winners Serotonin, the wonderful A Northern Light and headlined with an incredible performance from Rams’ Pocket Radio. 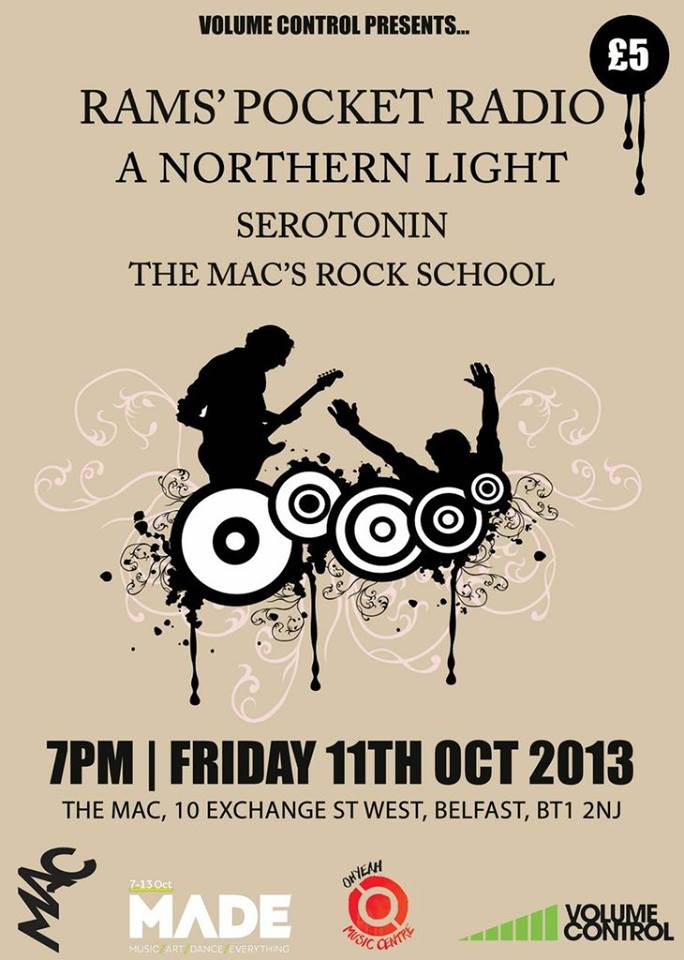 From press-release and poster related panics to radio interviews on Across the Line, it’s been a busy and exciting month for Team VC, with two sold-out gigs. Now it’s straight back to meetings, and we’ve got a hugely exciting line-up planned for our big December gig. As we’re coming to the end of this year as Team VC, we’ve finally really got to know each other and and learned how to work together, and we’re producing bigger and better gigs as a result. Keep an eye on Team VC – onwards and upwards!