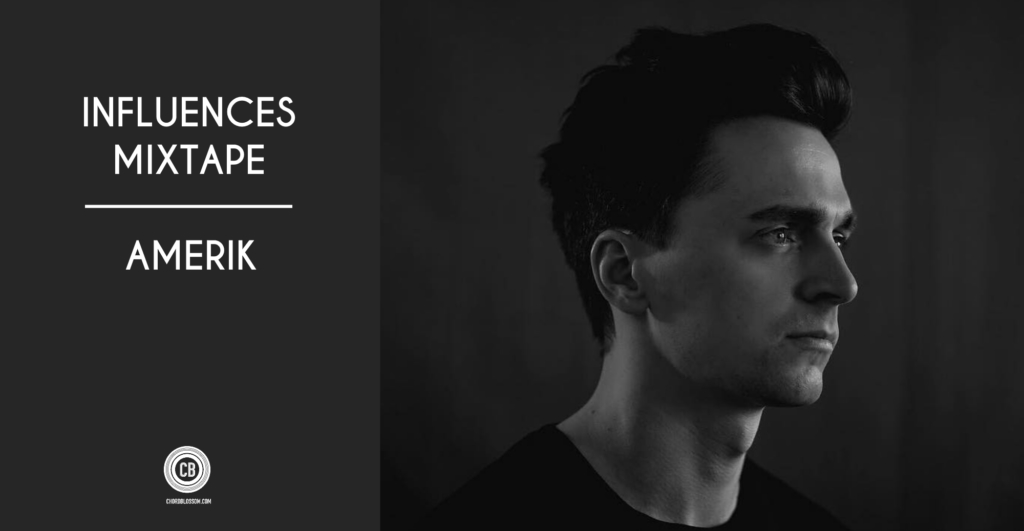 The solo electronic producer has seen a rise to prominence in Northern Ireland of late. Ryan Vail has been celebrated on the back of a few stellar albums, while Arvo Party is making a name for himself. Both have received Northern Irish Music Prize nominations in recent years. There are others flying under the radar, building a steady catalogue of their own. One such name is Amerik, billing himself as ambient electronica, who has worked with other artists including Oscar Waves. For Amerik, the soundscape is king.

With a collection of consecutively titled tracks, Amerik builds absorbing and atmospheric pieces, from slow piano led ambient to an almost neon toned mood. We asked Adam, the man behind it all to give us a taste of his own influences.

The track that started my journey into electronica exploration. The combination of live bass, guitar, with plucking synth tones, just makes you feel like your floating all the way to the ocean. I think it’s easy to class Tycho as the ‘background electronic music whilst you work’ genre, but his evolution as an artist is worth delving deeper into.

If I could pick anyone’s brain about sounds, synths or anything musical really, it would be Jon Hopkins. Listening to this track now as I write this on headphones just keeps revealing these new details and depth I miss on previous listenings. The combination of dance, electronica and the revelation of an ambient finale just blows me away every time. I highly recommend listening to Jon’s breakdown of this track on Song Exploder.

I came across Com Truise from a podcast that used one of his tracks for their intro. There’s a great movement to this track with the textures and tones he uses. And the fact his artistic name swaps the letters of Tom Cruise is hilarious and worth a listen on its own merit.

Brothertiger – Everybody Wants To Rule The World

A friend of mine passed Brothertiger my way recently and his cover of the classic Tears for Fears number keeps the original structure, but his take adds a new element that brings bang up to date.

I took my name from this track with a little help of misspelling the original title. What I love about Matthew Cooper is on the surface his music may seem to be just loops of slow meandering movements, but the more you listen, there are just small revealing things that come through: a new sound that only enters in that bar and never again, the transition to the next section gets slower or louder. It’s all those little things that I really admire and try to add to my music.

Tom Waits – Come On Up To The House

I’ve just finished wading through the mass catalogue that Mr Waits has produced. His movement from the lounge jazz singer to basically making up his own rules of how music should be is an education for anyone. Some mass pop or country producer would’ve walked in and said “verse, chorus, verse, bridge, chorus, out” on this track, but Tom keeps the track going because he wants to, because he has more to say, because who said so?

I find that some of my favourite music comes from friends’ recommendations. This track definitely inspired me to push Amerik forward and start releasing material. Get a pair of headphones and close your eyes.

Caspian – Some Are White Light

I miss Last.fm Radio. That’s where I found predominantly all of my post rock, ambient artists. I remember this song coming on and remembering how terrible the album artwork was, but thankfully it didn’t deter me away from listing to this orchestral explosion of guitars and more importantly how the bass was so prominent and part of the sound.

If I go grow up to be as cool as Pino Palladino, I’ll die a happy man. Just listen to him in the pocket with Questlove. Capital Groove.

S. Carey – In The Stream

There’s this beautiful mid-section where Sean just holds the one chord as the other musicians move and dance around it. It may seem random at first, but everything feels like it falls in the right place. This experimentation is a good reminder every now and again to write like this. The best ideas come from just feeling and playing.