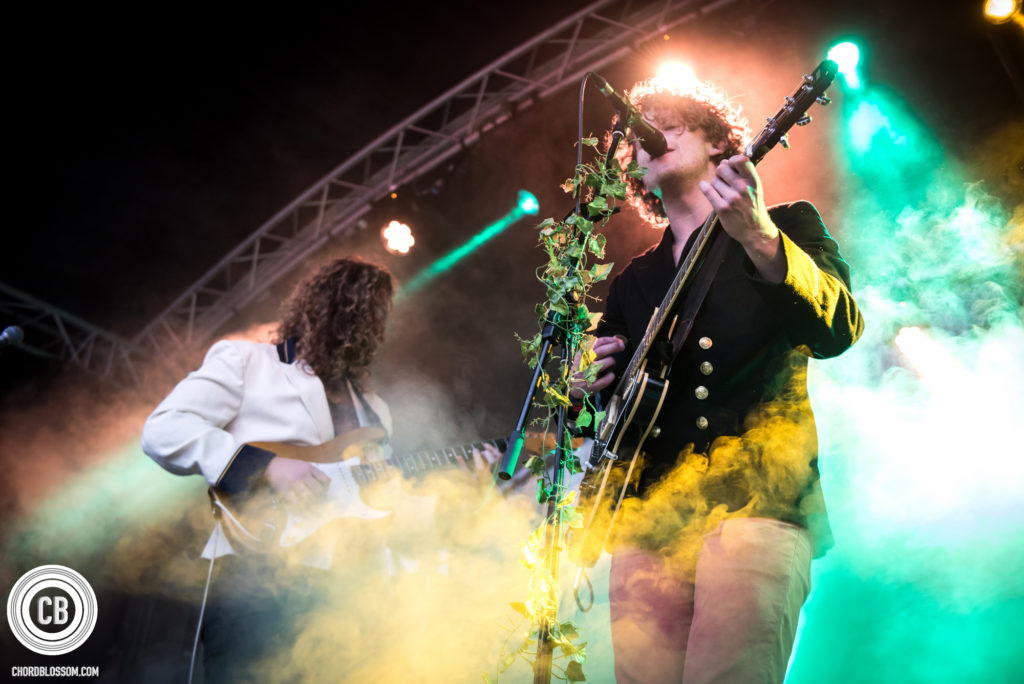 For everything said of Belfast quartet Hunkpapa, one thing is clear: there is little, if anything, complicated about them. Their hooks have a devilish addiction to them, their sound is deceptively simplistic, and their indulgent on/offline personas are almost as arresting as their music. Over the past few years, they have ridden this formula en-route to becoming one of the Norths cult music darlings, with 2018’s ‘Burlesque Warriors’ and ‘Losing All’ amongst the best in the country. Now, the four-piece reemerge with ‘Cappuccino’, a return to form and more for the group.

And in typical Hunkpapa fashion, they look to shake things up. Opening with a twin attack of driving bass and percussion, pace and intent of the tune is set early. The strength of ‘Cappuccino’ is in its panicked energy. Cutting in with keys heightens the drama of the track, before the tense delivery of the vocals cuts elevates some of the pressure. Or so you think. In fact it is all for nought, as they are used to illustrate a character who seems to exist sorely in a field of conflict. “I’m too afraid to sleep… You’re not supposed to feel that way” comes the lyrics, further painting his perilous portrait.

We follow this chaotic morning of our hapless pro/antagonist as he barely manages to keep it together. It’s not long before the frenetic energy, which tangibly bubbles beneath the taunt glass ceiling of the bass line, begins to leak out. Steely, sprawling, ‘War On Drugs’ style Americana takes hold of the guitar doing little to ease the palpable anxiety of the tune, which grows with each lyrical line. The song’s pre-hook drips with symbolism of a mind on the edge – “Grab a cappuccino, try to look professional, little does She know, that I think I’m going mental” – before the crescendo shatters with into focus, all riotous guitar, catchy vocal cues and arresting melodies.

‘Cappuccino’ is the sound of a band confidently coming into their own. An enthralling narrative, urgent composition and alternative buoyancy are all components in what is the bands strongest release yet. Keep an eye out, because the best could still be on the way.

The band play Limavady’s Stendhal Festival this Saturday night, before embarking on a string of UK and Ireland dates in the coming months.