Tonight is another of Volume Control’s monthly events showcasing some of the more established and up and coming bands that Northern Ireland has to over. With a rock bottom price of £5 to attend and the amazing Fighting With Wire headlining, this looked to be a great night out for Northern Irish rock fans.

ADVERTISEMENT
Opening proceedings tonight are 20 Second Century, winners of Citybeat’s 2011 Next Big Thing Competition. The band take to the stage and it is quite awkward as there are only 20 people at the back of the room and no-one moves forward when they start to play. Despite this the band are confident and self-assured. They mix their own material which will draw comparisons with local favourites General Fiasco with a series of covers. It is safe to say that the two covers go down the best; the first is a mash up of Taylor Swift’s ‘Love Story’ combined with Fall Out Boy’s ‘Sugar We’re Going Down’. The second is a cover of the Wheatus classic ‘Teenage Dirtbag’ and did feature the high pitched vocals, very impressive guys! Next up tonight is Abandcalledboy who are described as ones to watch in the local scene due to their energetic live show. The band is definitely energetic with Sean and Adam constantly writhing and jumping around the stage while Ryan pounds the drums and lays down the vocals. Not too many people stand close to the stage or the speakers as the music blasts from them, I was definitely glad to have my ear plugs in while taking photographs. Their music reminds me of Pulled Apart by Horses or very early Biffy Clyro and if you couldn’t see the band on stage you would think that there were more than 3 people making all the noise. They end their set early due to feeling the effects of a Boojum but the band gets a good response from the crowd. 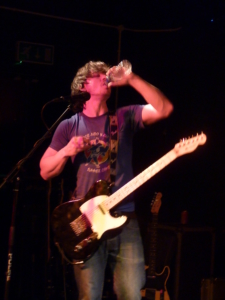 Finally it is time for the main attraction, Fighting With Wire take to the stage to do some last minute checks to their instruments and must have been quite surprised to see the room nearly empty. Thankfully after strumming the first chords of their opener people start to drift in but the venue is still nowhere near capacity. The band opens with ‘Into the ground’ before moving into ‘I am Ursus’ showing off their trademark catchy guitar driven rock. There are cheers whenever Cahir announces that they are going to play their new single ‘Colonel Blood’ and if the response to it is any indication, the new album due for release on 21st May will go down a treat (especially since it is free!). Before we can even take a breath after it, FWW launch into ‘Everybody Needs A Nemesis’ which is nothing but epic.
It would be great to see FWW added to the first day of Tennent’s Vital, they would fit in perfectly with the awesome rock that the Foo Fighters will bring to the proceedings. The band’s music is built for stadiums and the heavy rock noticeably shakes the venue. Between songs Cahir jokes that he isn’t sure what rock actually is but says that despite what we have been told that it definitely isn’t dead. He is right, with Jamie playing the bass and and Craig hitting the drums with passion it is clear there is still a desire for rock based bands even if they don’t dominate the charts anymore. The band round off the evening with ‘Make a Fist’ and ‘The Quiet’ (quite appropriate for tonight) from their cracking debut album ‘Man vs Monster’ before thanking us for making the effort to come out tonight.

The bands on offer this evening put on a great show, if anything it was their supporters that let them down. The Oh Yeah Centre was half empty on a night it should have been turning away people at the door, £5 for over 2 hours of quality music is a great deal especially on a night when there weren’t any other major gigs in Belfast. A big thank you must be given to the Oh Yeah Centre, the Volume Control team, 20 Second Century, Abandcalledboy and Fighting With Wire for putting on a brilliant nights entertainment. 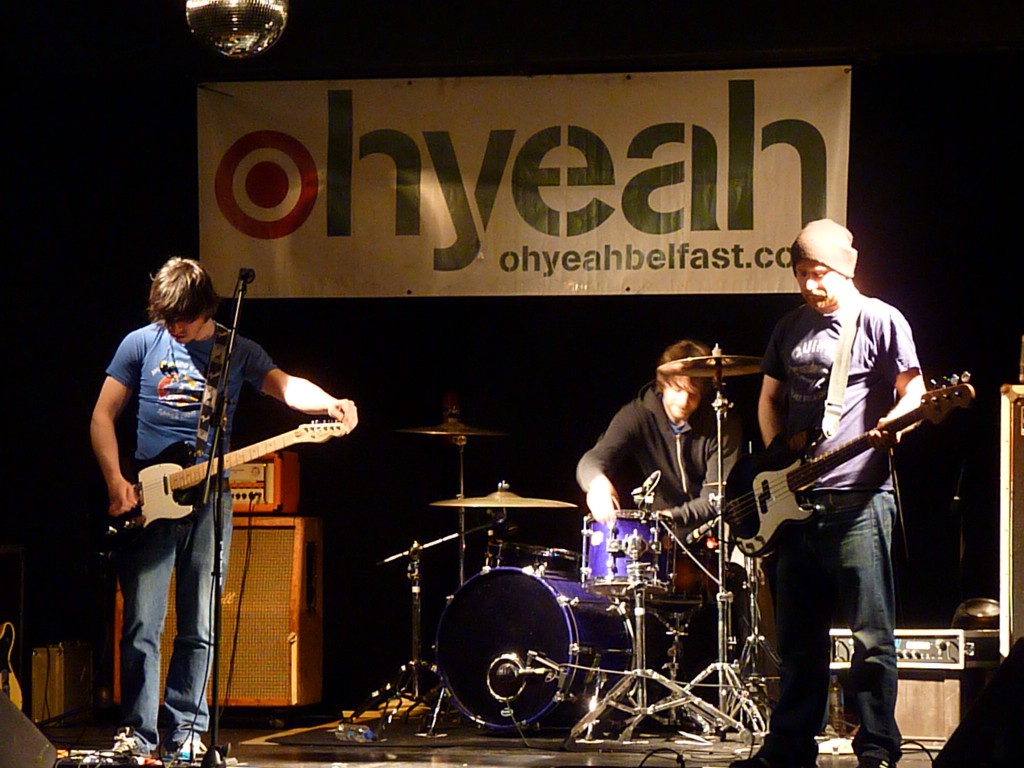