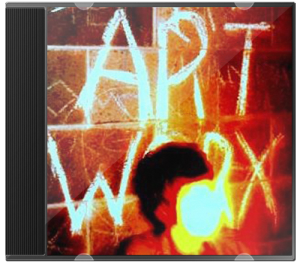 With funky bass-lines, awesome guitar riffs, and at times a haunting quality to the vocal, there is a perfect intermingling of dark and light to keep your fingers tapping and head bobbing, but it is the surprisingly well-produced style of the sound as a whole that gives real weight to this impressive four-piece considering their songwriting began only slightly over a year ago!

You’re eased into to the sound as gently as a pensioner is into a recliner. ‘The Fear of Being Alone’ is the definition of easy listening. I imagine sipping on a corona in my back garden on one sunny Sunday afternoon and actually not being self-conscious of anyone eavesdropping on my song choice. Pleasant enough I feel for everyone’s ears, inoffensive to the older uncool Dad generation but with enough spicy drum rolls and silky guitar plucking teamed with a lead vocal like Kelly Jones’ non-smoking younger brother-this is a potential super summer soundtrack.

The next track ‘Brewed the Same Way’ begins in a melodic lullaby but laced with an almost melancholic undertone. It draws you in oh so gradually you don’t even know you’re eventually going to get sucker-punched with a wall of catchy distorted chorus. It is here you may well start to think this alternative four-piece mean business. It is the next track ‘Down Master’ that leans to the more electronic pop direction, albeit brief. It has a quirky retro discord…although this doesn’t last long and it falls easily into the sounds of its predecessors. Don’t get me wrong it’s still an anthemic tune; I just wonder in which direction they wish to go. Essentially we have an EP with 3 tracks of the same alternative, indie-rock genre and one that encompasses the electronic, melodic pop vibe they’re dabbling in.

And so we come to the culminating track that is the enchantingly named ‘The Meadows’. The funky bass-line is the pulsating undercurrent that carries you through to thrilling guitar riffs and lingering melodic vocal harmonies. Again watch out for the sneaky little change of pace towards the end. Love it. I could see this easily doing well commercially.

Artworx certainly challenged the idea of a ‘stand out track’. All four tracks on the EP were well within contention in their own right. Each song cleverly compliments each other as well as having its own little individual kick halfway through. The juxtaposition of drums, guitar, vocals and the superb way in which the instruments crescendo to elevate you to your happy listening place, then stop and change to a completely new pace will leave you crying out for more. I must say I’m overjoyed that songwriting has moved on from the ‘Bridge, Chorus, Bridge, Chorus stalemate from times when the radio was called a ‘wireless’. However here at Chordblossom we don’t give up that easy and so I suggest ‘The Meadows’ as a sublime introductory track to get your..er..ears watering.