Darren Doherty – What You Do 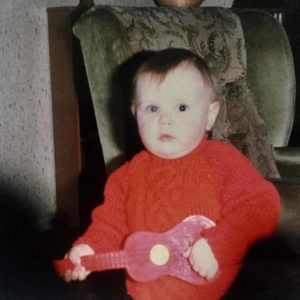 Strabane singer songwriter/Northern Light frontman Darren Doherty earlier this year released one song a week, which have now been pieced together for his solo debut “What You Do”. One listen to opener ‘Tiny Steps’ and the listener can be left in no doubt this is going to be a very personal record. ‘Knockavoe’ has a wonderful bounce to it, held together by a simplistic piano line. ‘Words and music’ is simply mesmeric, and showcases the vulnerable side of Doherty’s vocals.

The breath-taking (no pun intended) ‘Deep Breath’ brings to mind A Perfect Circle at their most restrained, and highlights the singer’s impressive vocal range. ‘Stay The Night’ adds strings and piano to great effect, but would have possibly worked better by maintaining the same tempo throughout, as the sudden change of before the outro (to these ears) seems unnecessary and would have worked better as its own individual song. ‘Something Dark’ is a haunting minimalistic acoustic number, featuring a restrained vocal performance from Darren, leading into the beautifully delicate string laden ‘Kitty’.

The first half of ‘My Most Recent Prayer’ could easily pass for a lost R.E.M. track, both vocally and musically. A simple piano riff momentarily threatens to send the song off in a different direction, and is an undoubted highlight in an album certainly not lacking in them. ‘The Agreement’ featuring the undoubted guitar talent of fellow Strabane man Ruari McCafferty is to put it simply-majestic. Chordblossom Kickstart winner Lauren Bird joins proceedings for ‘Kites’-her vocals blending beautifully with Darren’s.

‘Dye Your Heart’ and album closer ‘Patrick Street’ are both haunting acoustic affairs-It’s starkly obvious that the album was written during and after a particularly difficult time, but lyrically and musically there’s a real sense of hope for the future, rather than one of despair for the past. Overall it’s a successfully eclectic bunch of tunes from an extremely prolific and talented songwriter.