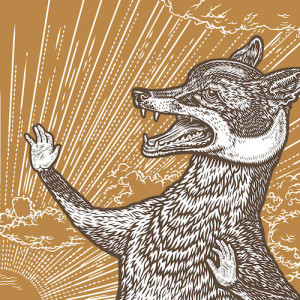 The passage of time is a very strange thing. On a weekly basis I hear in conversation someone reminiscing of things that happened 5, 10 or 20 years previous. This last week however, as I have been writing this review, I have been pinching myself at the fact that it is almost 3 years since the Good Fight played their final concert in Mandela hall. That being said we have now been given a new project by 2 members (Ben Robinson & Adam Montgomery) who have created duo Sullivan & Gold.  Their 10 song debut album is due for release through NI label Smalltown America on the 25th November.

As you hit play on the first track you can immediately tell that this won’t be Good Fight reunion under a different name. ‘Lonely’, driven by strong piano chords is a good start to the album with Robinson and Montgomery’s harmonies coming through early.  ‘Changing’ is  a song that has been around for a couple of years now as I have seen Ben play it on acoustic nights on the North coast. I fell in love with it early and the recording doesn’t disappoint with Ben’s incredible  falsetto range returning  as he sings “You’re changing something, you’re changing something, you’re changing all the time.” The accompaniment simply serves to emphasise the vocal with an instrumental beginning just before the 3rd minute introducing an electric guitar into the mix tying things up perfectly.

Debut single ‘Run Faster’ is musically my favourite track on this album. A track that can only be described as a musical experience. Dynamically ebbing and flowing seamlessly with vocals again playing a big part, however it is the music on this track is the crucial element. ‘People Talk’ brings us into a more stripped back section of this album. This track containing only the duo’s magnificent harmonies and an acoustic is awash with charm and shows the talent of this pair without having to hide behind accompaniments or production.  ‘Jigsaws’ though not as stripped back has the same clean cut feel to the production. Ben cries “and oh Jesus, If you’re real just show your face”.  Lyrically my favourite track on the album. On ‘Don’t Stand in Line’  Adam takes control of the lead vocals, the accompaniment returns to the acoustic guitar again showcasing the duo’s brilliant harmonies.

With ‘Forget Myself’ we enter into the 3rd and final section of the album, a more dynamically built up song, this is evident as we burst straight into a fuller sounding verse.  A song about consequences for actions it can be listened to on various levels.  ‘Please Repeat’ is an a cappella song containing only the duo’s reverb filled harmonies. With a running time only lasting slightly over a minute and a half it provides a break from the heavier songs that came before.  ‘All of My Brothers’ is a bright laid back tune that perhaps in this album containing great songs can get lost in the mix.  ‘Glory’ ends this album possibly the best way the picked electric guitar at the beginning providing a reflective atmosphere. This continues to build for just under 3 minutes before falling back into the picked guitar.

My only real criticism of this album is that at times it can feel like a genre change between songs. This could be possibly due to the fact that these songs come from the 2 and half plus years since Robinson & Montgomery released music. That being said it feels to the listener largely down to the production and accompaniments not the song writing itself.  I have loved listening to this album however I will admit took time to grow on me, especially the 2nd half.  But “For Foes” has many incredible individual tracks (Run Faster, Changing, Jigsaws, People Talk, Don’t stand in Line among others) and brilliant lyricism which match or exceed that standard of previous songs by this pair. I hope to hear more from Sullivan & Gold in the future.