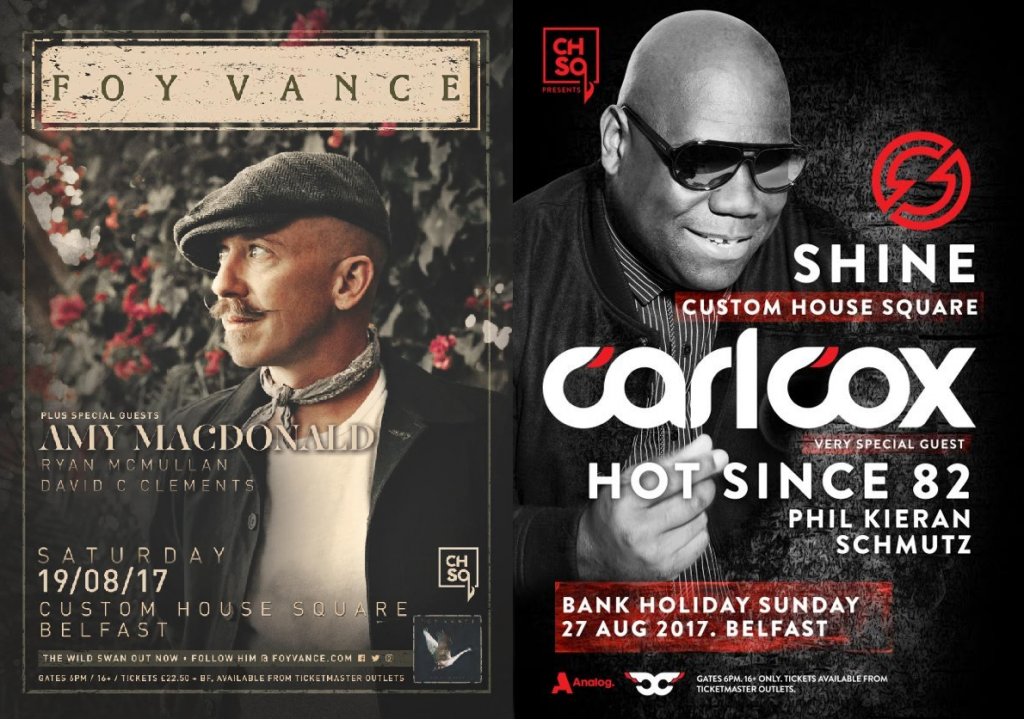 Custom House Square has hosted a wide range of musical events over the years most notably Belsonic’s summer gigs. With Belsonic moving to a bigger site in Ormeau Park, there was room for a new series of gigs to take over the iconic space. Step forward CHSq and their announcement of two killer gigs for music fans this August.

First up is a headline show for Bangor’s own Foy Vance on Saturday 19th August. This will be the critically acclaimed songwriters largest headline show and will be one to remember with a stellar supporting cast in Amy MacDonald and local gems Ryan McMullan and David C Clements.

Those interested in underground dance music will be delighted to hear that CHSq have enlisted the help of SHINE to put on an event that shouldn’t be missed. Sunday 27th August will see the venue headlined by veteran Carl Cox with appearances from Hot Since 82, Phil Kieran & Schmutz, this will also be SHINE’s biggest event to date.

As well as these two shows, Stiff Little Fingers have been confirmed to play alongside The Stranglers, The Ruts DC, The Outcasts and Terri Hooley on Saturday 26th August.

Tickets for all three events go on sale this Friday 24th May via Ticketmaster.