When a general consensus of people in the local music scene agree it usually points to something spectacular and this is undoubtedly the case with the announcement of the 2014 line-up of Stendhal Festival of Art. They ran out winners of Ireland’s best small festival in 2013, no mean feat considering the competition.

From a personal point of view the award was well justified as I had a blast last year (review, photos and brief video here – Chordblossom @ Stendhal Festival 2013) but yet again they’ve pulled out all the stops.

This year they have managed to convince Frightened Rabbit to headline the festival on Friday 8th August. The utterly splendid indie band will play are well known for their special live shows, so it’s quite the coup. The Saturday night headline act is also a very smart booking, with the legendary Undertones topping the bill. The Derry rockers smashed through a raucous set at Tennent’s Vital last year and are the perfect way to close out what will be an unforgettable weekend.

The rest of the line-up is nothing to be sniffed at either with the cream of the local music scene also in attendance. Alongside Kickstart 2014 winners In An Instant, you have the raucous Making Monsters and the summery anthems of Go Wolf. Chordblossom favourites The Wood Burning Savages, Silences and PØRTS have all made the cut among a host of other local bands. The full line-up is detailed on the poster below and it should be noted that there are plenty more acts to be announced.

They are available directly from the Stendhal Festival of Art website, Ticketmaster and in person through The Roe Valley Arts and Cultural Centre. 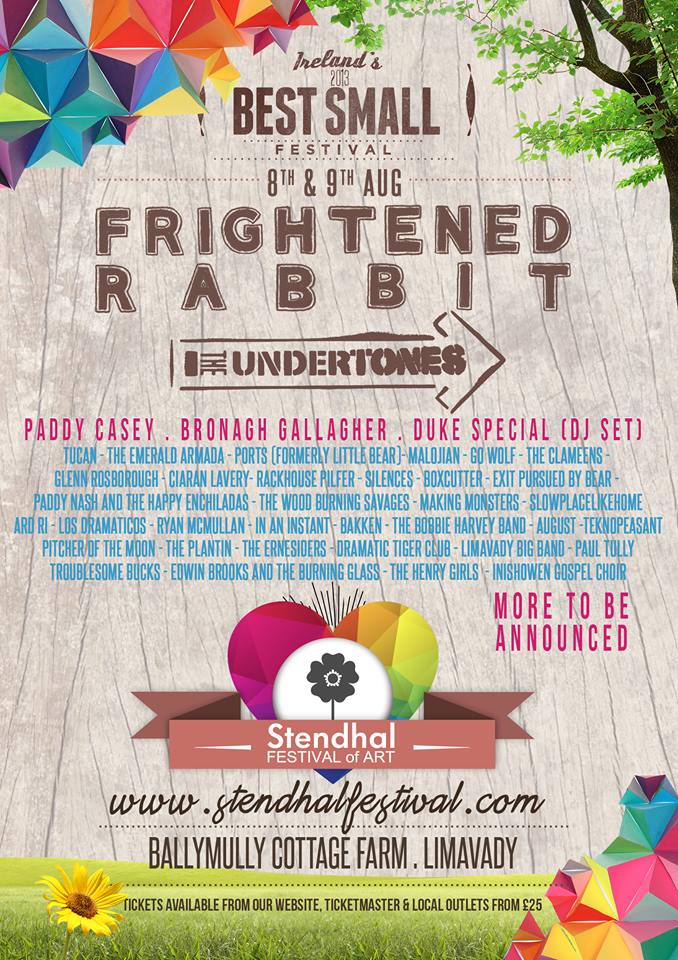