by Melanie Brehaut
in Interviews

►Can you tell us a bit about Henchman Promotions’ latest project in conjunction with The Hangout in Fermanagh?

Basically we became aware that there was actually a demographic that we could bring music to – kids! And we figured this out mainly because at most of our gigs are ran in venues like pubs, bars, which undergo a strict 18+ rule because of alcohol laws, and ID is always sought. If it were up to us we’d let them in, but unfortunately due to professionalism and respect for bar owners\managers we have to abide by this, for safety reasons also.

►How did the concept arise?

It still kinda broke my heart a little to turn away so many young ones or see them GETTING kicked out due to their age, they have no where else to go, there was a BIG gap in this town for somewhere where young people could just hang out, jam, socialise and talk music with other people. There was NOTHING here. So we decided to just explore a couple of venues that were deemed suitable, but we ended up approaching The Hangout. 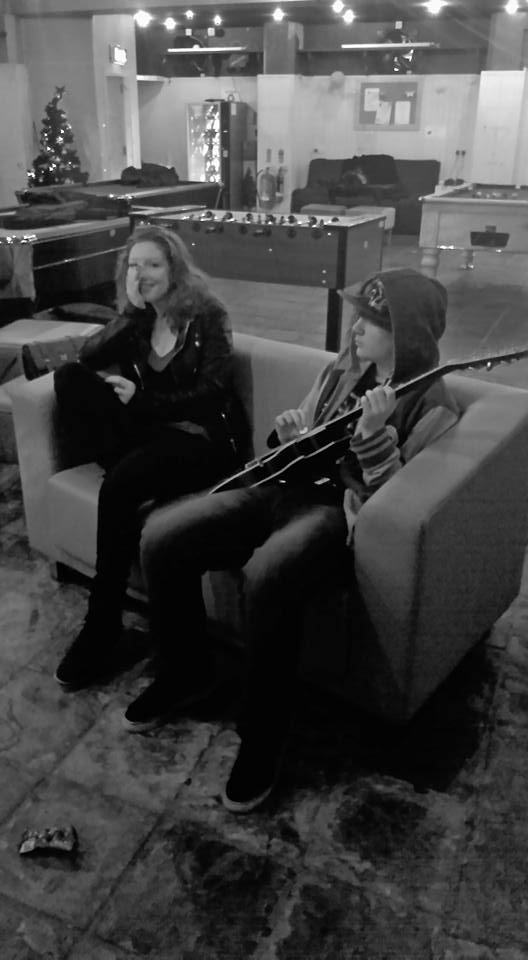 ►And what are the aims of the project?

Basically what I’d love to and to – be honest, with the way it’s going, I have no doubts it will – is to create a music hub for kids in Fermanagh, if not beyond. There are already a couple of members travelling somewhat of a distance for this, which is really admirable. The crowd number attending already is amazing, and the more the merrier! I aim also to make more gigs for them, we already had a Halloween ball there,which went great! We had Beware of You down and Heels of Achilles, stellar bands! So I’d like to bring more youth-oriented bands down, give the younger aged projects a chance. Organising buses to other youth gigs and concerts is an idea I also have too.

►Young people definitely need nurturing in order to provide the next generation of musicians! Do you see the project possibly expanding to other youth centres in NI?

I’d like to think expansion is possible, perhaps some cross community youth events would suffice that. I haven’t really done my research into whether there’s any alternative/rock/music based youth clubs in northern Ireland, I’m sure there is..I’d like to hope so anyway. If not, I’ll definitely see to that Henchman can organise some under age gigs in the mere future. 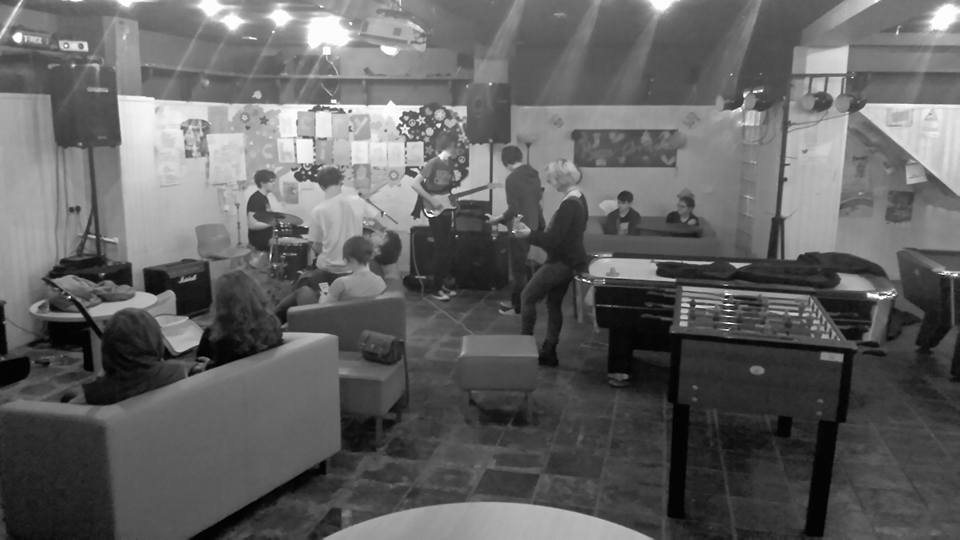 ►On a serious note, kids attending The Hangout may be the victims of bullying because of their interests and hobbies. This type of project can really help kids whose passions fall outside of what is considered ‘the norm’ in school and with their peers. Do you think this project will encourage them to befriend other kids who may be living under similar circumstances?

Man, definitely. I’m already seeing kids that were shy as could be when this started but now they’re chatty as ever. And there is no segregation or individuals being left out. They all look out for each other and have the craic. Metalheads get along with the jazz musicians and likewise! Haha. There’s an etiquette of manners they all follow which is sweet. I know myself I had a hard time in school fitting in, just because i wore a bit of eyeliner and listened to different music, Guns n roses was blasting through my ears like, I had people give me guff about getting a guitar for Christmas rather than a mobile phone haha!! so I know exactly if they’re dealing with this at school, then something like this, as you said, being with people with similar interests? That’s the best thing they could have, it would give anyone hope, raise their spirits and motivate them to listen to whatever the heck they want and keep on playing. 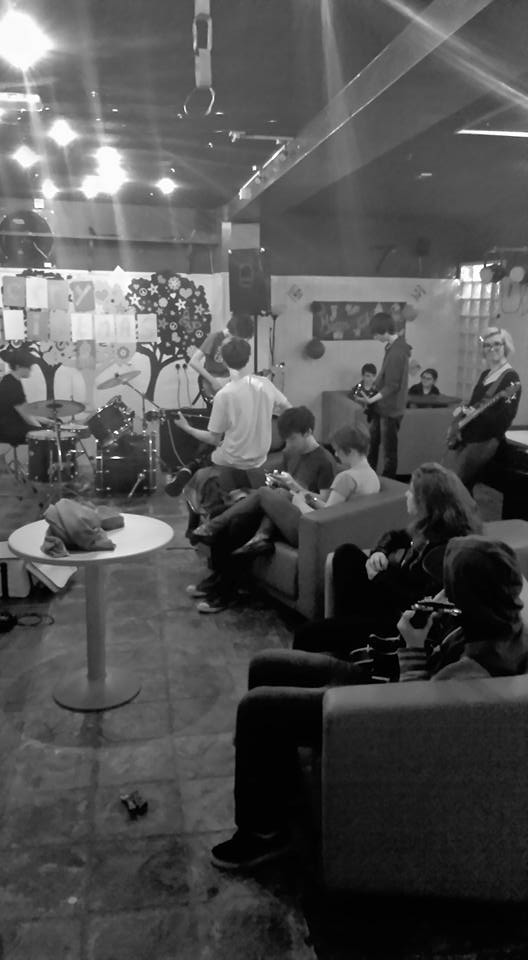 ►Henchman Promotions are steadily rising up, both in terms of activity and reputation! Anything else coming up that you can talk about?

It’s the time of year where we’re full blast MOR planning Melanie! There’s that, along with other gigs! 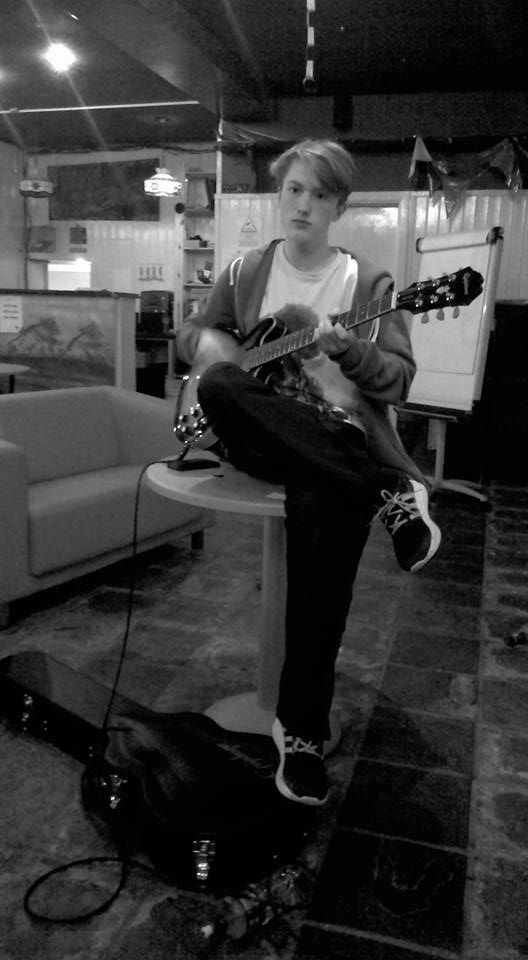 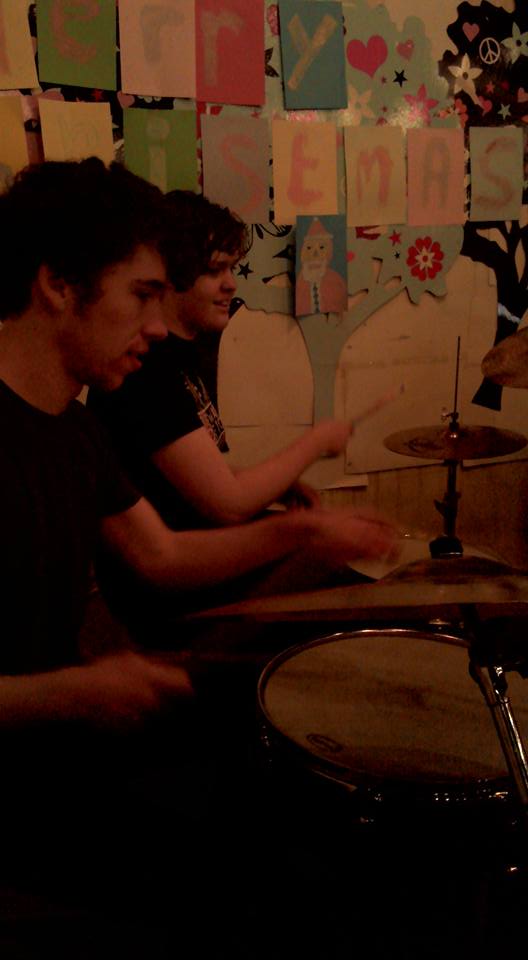