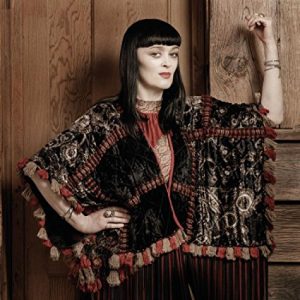 There have been few cultural phenomenons in Ireland that are as all-encompassing as The Commitments: Alan Parker’s adaption of Roddy Doyle’s debut novel was an instant smash on it’s 1991 release, with it’s blend of razor sharp working class wit and classic blue eyed soul impressing critics and moviegoers worldwide and making stars of it’s unknown cast overnight. Andrew Strong claimed the most immediate success, touring America with The Stones and Elton John, while guitarist Glen Hansard got to hang out with Jeff Buckley and enjoy a spike in popularity with his band The Frames, before going on to write and star in the musical Once and enjoy a critically acclaimed solo career.

Derry’s Bronagh Gallagher left behind her hairdressing job in the film’s wake to pursue an acting career, landing roles in blockbusters as diverse as Star Wars, Sherlock Holmes and Pulp Fiction (sporting a Frames t-shirt, no less). Gallagher’s true passion has always been for music however, releasing his first solo album in 2004 through her own Salty Dog label. Her latest, Gather Your Greatness, is her third overall, and follows in the same 60s drenched soul pop of her previous albums and, indeed, The Commitments.

‘Can You Hear Me’ embraces familiarity from the start, using the Ronette’s unmistakable ‘Be My Baby’ drum beat. The song itself is a gentler, gospel affair, with Gallagher’s understated, controlled vocal being complimented by Jordan and Shelly Bukspan backing vocals and Cian Boylan’s warm Hammond organ sounds. Gallagher’s band are in nimble form throughout, providing a clean, clear sound that benefits from the album’s unfussy production. Conor Brady’s guitar licks add a bit of punch to the mid-tempo soul on the likes of ‘Make It Easier’ and ‘Lonely Girls’. It’s a change, albeit a welcome one, to hear the band pick up the pace on the funk driven single ‘Radio’, with Clare Kenny’s thick bass and Dave Hingerty’s drums giving the song an almost-disco beat. It sees Gallagher pay tribute to dancefloor favourites Marvin Gaye, Michael Jackson, Sly Stone and even Dr Dre, although a guest verse is sadly missing. Although not especially representative of the rest of the record, it’s certainly the catchiest number on offer, and the most likely to make a splash on the dancefloor.

It’s ‘A Sailor Like You’ is the emotional heart of the album, however. Over a slow, minimal backing, Gallagher outlines why she cannot be tied down to a relationship (“I’m not gonna marry a doctor like you/ All the pills and the medicine/ Jesus knows what I’d do”). There’s real hurt in Gallagher’s voice, and the song rightfully evokes some of the heart on sleeve spirit of Otis Redding’s ‘Try A Little Tenderness’, bringing her soul career full circle.

Gather Your Greatness is a spirited set of soul originals, a genre that Gallagher clearly loves deeply. Although she lacks the box office draw of her Commitments cohorts Strong and Hansard, fans of the film should find plenty of enjoyment here.