One of our aims as a local music site has been to try and help musicians here in Northern Ireland stand out and get noticed. While positive reviews and being featured on our site should be beneficial, we wanted to do more! Originally this set out as our Double A-Side competition where we gave one artist/band the chance to record a single but subsequently transformed into our annual Chordblossom Kickstart competition.

Our prizes each year include vital things like a single recording, a summer festival slot, a music video and a whole heap of other exciting things to help ‘Kickstart’ a musician’s year. You can have a read about the previous editions of the competition below, as well as listen to the tracks the finalists submitted.

Due to the implications of the global pandemic from Covid-19, we took the decision not to run Kickstart in 2020 or 2021. It was not a decision we took lightly but given the restrictions in place and the financial pressures of many of our usual prize donors, we could not run a competition to our usual high standards nor would the winners be able to fully enjoy the benefits.

We would like to thank everyone as always for their support and hopefully we will be able to bring Kickstart back for 2022. 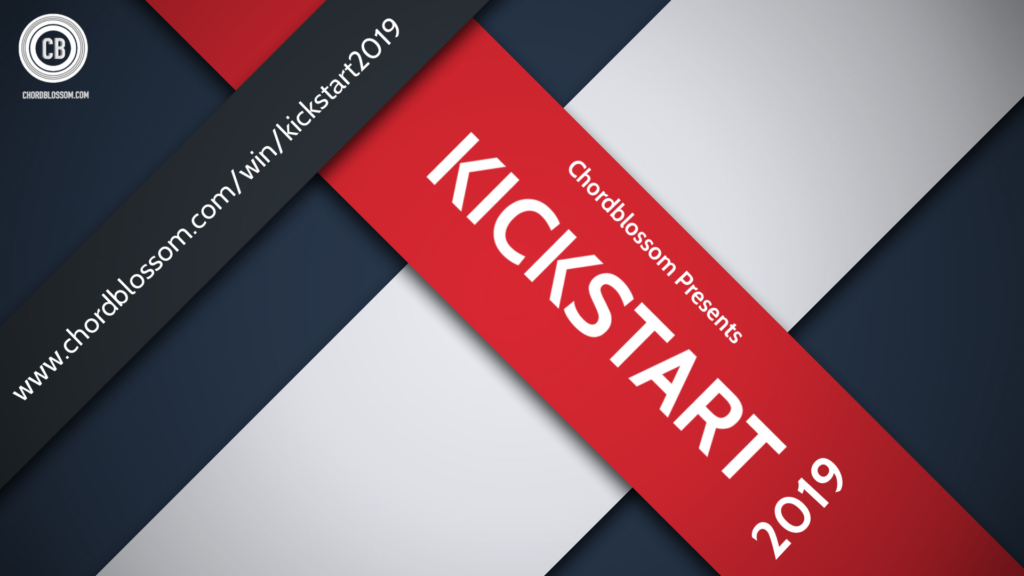 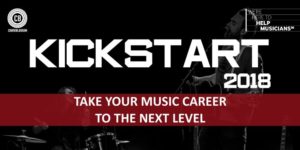 For 2017 we are pleased to announce the return of Kickstart and are delighted to be partnering up with Help Musicians NI.

Over 90 bands and solo musicians applied for the 2016 edition of our competition which made it really difficult to  simply choose one overall winner. After a variety of panels narrowed the entrants down to four finalists, the shortlisted bands played a packed show in the Eglantine Bar. After much deliberations it was decided that Brand New Friend were the worthy winners of Kickstart 2016. Full details of this year’s competition are below:

As always we received an astounding number of quality entries and narrowing them down was extremely difficult. After an intense public vote the entries have been whittled down to just four. These four acts played a special showcase gig on Friday 27th February 2015 where Lauren Bird was declared the winner.

As Rob took over running the site in December 2013, the decision to run Kickstart for 2014 was quite the last minute decision. It turned out to be a good one though, as yet again over 100 Northern Irish bands and musicians threw their hat into the ring  for another host of prizes. After members of Chordblossom whittled the entrants down to a long-list of twenty, the public had to vote for their five favourites. After a grueling week of voting and campaigning the final shortlist of five was complete and we unveiled they would play a special showcase gig. On 19th March over 250 people crammed into the Speakeasy Bar for Chordblossom’s first ever live show with a little help from RADAR and Queen’s Radio. After some tough backstage discussions by our panel of judges, it was decided that the 2014 winners of Kickstart would be In An Instant.

Chordblossom Kickstart 2014: We Have a Winner Podcast

The  christening of Kickstart really began in 2013 when we decided to go bigger and bolder in our ambitions to help local musicians. With an amazing array of prizes and a lot of buzz among the music scene, it was no surprise that we were hit with stacks of entries. After a few sleepless nights and plenty of grey hairs the team managed to whittle them down to twenty entries, who would be subject to a public vote to decide a shortlist of ten. A panel of local music experts then sat down and debated who would be worthy winners. In the end they plumped for Strabane’s Those Ghosts, with Sara Crockett and Howl finishing second and third respectively.

Chordblossom was launched on 1st February 2012 and on that day we also decided to launch a competition to give new local talent a helping hand. With the prize being a recording at Big Space Studios (amongst a collection of other music must haves such as a website etc.) CB saw the entries fly in. The eventual winner was a young, relatively unknown singer-songwriter from Derry called Bridie Monds-Watson. Or as you probably know her, SOAK. She used the studio time to record a little song called ‘Sea Creatures’ and it’s safe to say the rest is history!