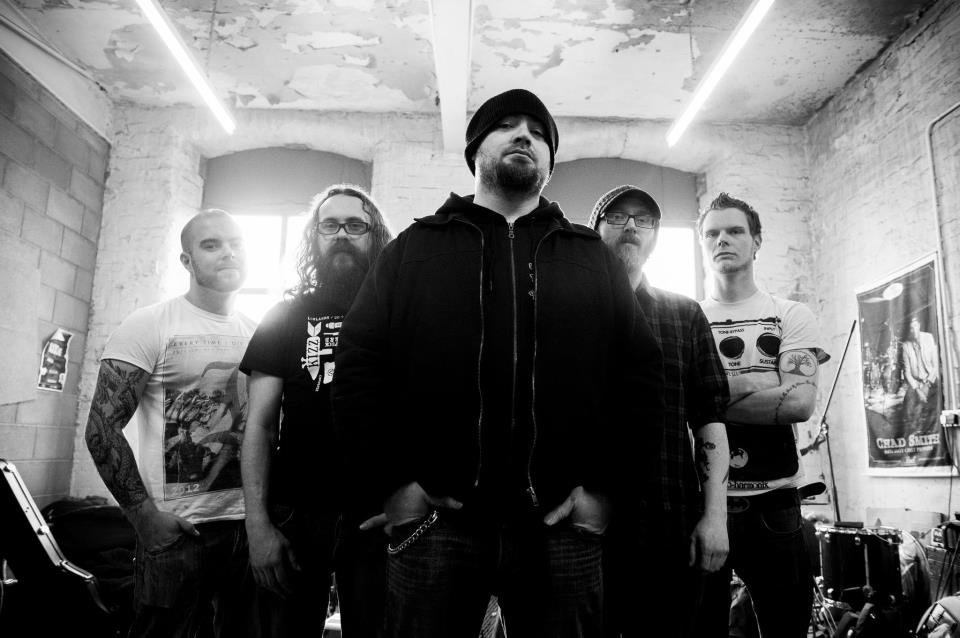 BEARDS grown at approximately half a millimetre per day. In 20 days a beard will have on average grown 10mm. To cultivate 7.5 tonnes of beard requires dedicaton and devotion.

With members of ASIWYFA, Diet Pills, Gacy’s Threads, Stand-up Guy, Diet Pills and Residual Effect cultivating the hefty and heavy sluge of 7.5 Tonnes of Beard required that same dedication and devotion. And as they played Belfast’s Voodoo on 23rd October the cultivation of 7.5 Tonnes of Beard was proven to be a blessed blast of brutal, battering ram music as the band stood loud and proud on this date on the Irish/Northern Irish tour. 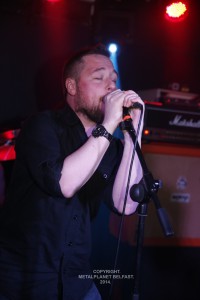 But before the brutality Satan was sitting on a couch, a small smile creeping across his demonic visage as Zlatanera took to the stage.
Opening with ‘A Bar Too Far’, it was their regular trio of devotion to the ‘Fallen Angel as Master of Ceremonies’, ‘A Bad Case of the Devil’ and ‘Idle Hand Sataniser’ showed the band possessed by the spirist of Sabbath and Electric Wizard, before they moved on to the groove of ‘Holy Mand’s Crook’. Willie was pulling all the classic metal poses, and with Keith (rhythm guitar), Anto (bass) and Andy (drums) keeping it solid allowing Willie to roam the fretboard and Andy’s vocals to range from menacing to melodic.

Hornets have always embraced the many facets of extreme music, from punk to blakened metal, from hardcore to generally madness. Now a four-piece, Hornets madness translates to an all-out sonic attack. At the Voodoo they were clearly enjoying their time on the stage. Tracks from the No Faith release from earlier in the year showed off the range or pure noise they brought to the party.

7.5 Tonnes of Beard are pure: pure noise built on a platform of unadulterated art. It’s a craft to produce such elements of sluge, doom and dirty metal sounscdapes. Touring on the back of their new EP “Torquetor” Johnny Adger’s bass and Andy Coles drums are a wall of rollicking grooves, so intense ansd slowed down that tremors were felt across Belfast. Blane Doherty and Rory Friers wall of guitar noise would terrify casual listeners, but within it are intricacies embedded in distorted slowed down riffs.

‘Shallow Man’ sounds like a detonation, while ‘Sign of the Cross’ could be an endurance test were not so much contained within. ‘Torquetor’ and ‘The Fear’ may not be familiar yet to most, but both continue the 7.5 Tonnes of Beard aural attack. Micky Higgins shouting is at a level where one fears his head will explode with the anger and rage he unleashes. Not one to hold back, he is the focal point for the issuing forth of the bile. 7.5 Tonnes of Beard provide eulogies of the extreme, anthems of antagonism and doom directed to destruction. Perhaps it is a select audience they appeal to, but to that audience they deliver like a sledge hammer. 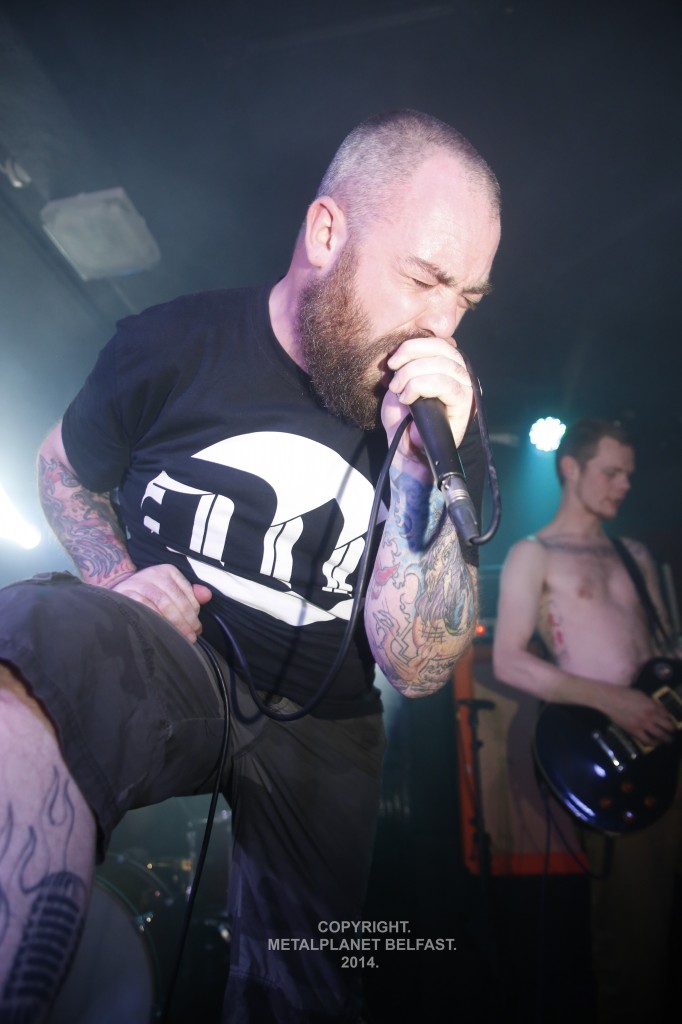