Axis Of – The Mid Brae Inn 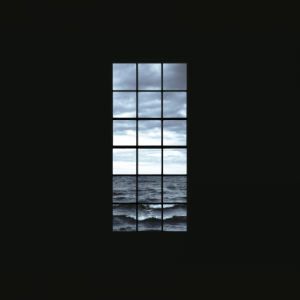 Northern rock three-piece Axis Of ended 2014 with a bang, and set up 2015 nicely with a very anticipated album release show on New Years Eve in The Empire. And with a stellar line up that night, there was much cause for celebration. The trio debuted their newest record The Mid Brae Inn, and as one of Northern Ireland’s hottest bands, a certain standard was expected.

It’s pleasing to say that they exceed these expectations, and with ease I might add. But that says something about the band. Writing songs with much gusto and belief tells you a lot about the individual members musical prowess as well as their ability to mesh as a tightly formed group. Knowing exactly what is required, Axis Of set the tone of the record from the off with the hard hitting ‘All My Bones’, and with a chorus that could ring through the crowd of some of the most formidable venues, the band are onto a winner.

Showing signs of variety is always imperative for an good band, and Axis Of have this ability down to perfection with the more melodic ‘Wetsuit’. It maintains all the same traits that have given the band their own signature sound over the years including those multiple vocal parts that tie together to thicken the track. ‘Beachcombing’ is a beautifully written track, clocking in at 1:12, and the melodic vocal line atop of a lone guitar track allows you a small bit of breathing space before jumping right back into the relentless riffs of ‘Marconi’s Place’.

‘Quarrel Reef’ follows a similar style to the previous tracks and have some of the heaviest tones of the record with huge guitar parts from the off with hard, punchy drums sections to match. Yet it all comes back to the typical catchy chorus that Axis Of have perfected and made their own, in a way which most bands would struggle. And they do this time and time again, intertwining heavy riffs with upbeat and somewhat poppy vocal melodies in a seamlessly and easy fashion.

And it’s all these qualities that set the band apart, with 12 tracks of high quality songwriting the trio have hit home with a stunning sophomore record that will surely be one of the talking points of 2015 in Irish music. With so many perfected segments between songs, The Mid Brae Inn is not only a well worked collection of songs but an enveloping experience that takes the listener throughout the story for the guts of 34 minutes.

Coaster Set For This Weekend