We’re very pleased that our next initiative to help Northern Irish musicians is up and running. Our Exposure gig night will give bands and solo musicians from Northern Ireland the chance to play a Belfast gig along with two other artists.

Exposure #01 is on Friday 28th November 2014 and features Part Time Pilots, Audio Cavalry & Rocket Propelled Gorillas in the Bar With No Name. 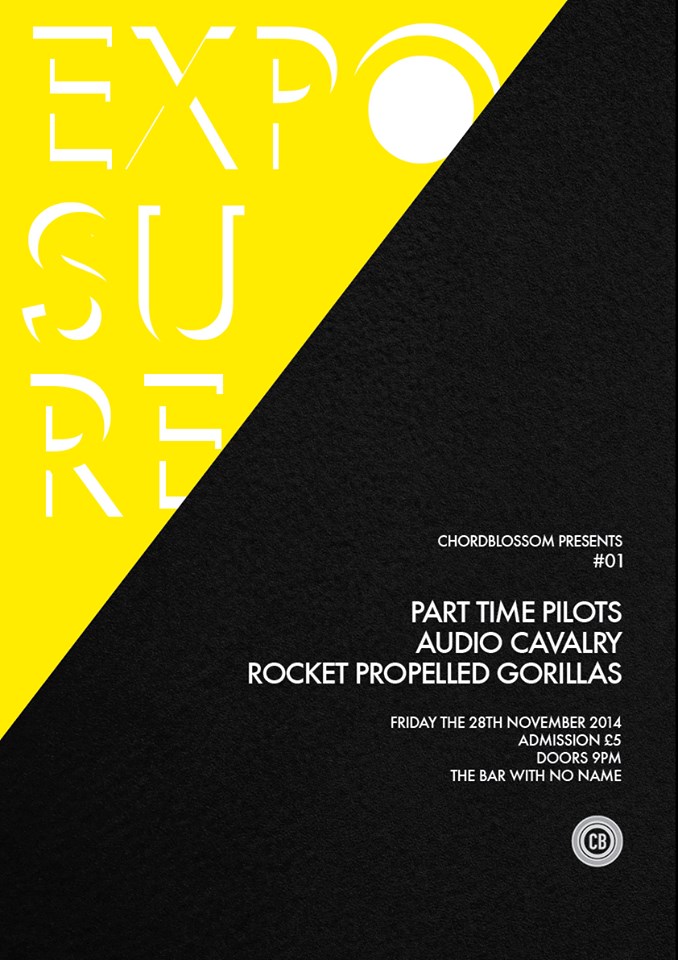 The perfect band to headline our first Exposure gig are the rip roaring live band, Part Time Pilots. The Omagh band bristle with punk rock energy and with a full length debut album, Tally Ho Amigo under their belts, confidence is sky high. Expect riffs a plenty down at the Bar With No Name.

For Fans of: Empty Lungs | The Menzingers | The Gaslight Anthem

Audio Cavalry have been a little quiet since the release of their debut EP, Rainbow Boy, back in March 2013. Yet the quality of the release still meant they were shortlisted for our 2014 Kickstart competition, suffice to say the self proclaimed “melodic grunge” are definitely worth your attention.

The first band on the bill are the intriguingly titled Rocket Propelled Gorillas, who unsurprisingly also offer up plenty of grungy vibes. There’s been a re-jig in the line-up but  the band are back hungrier than ever to demonstrate their live prowess.

For Fans of: Audioslave | Wolfmother | Them Crooked Vultures

Part Time Pilots – How To Ruin Everything