We have been following the progress of local creatives RECreate for a while now as they’ve recorded sessions with the likes of Alana Henderson and Arctic Tern (see below). Their goal is to promote quality music and creativity to a wider audience than they are used to.

Part of this initiative is their announcement that going forward they will be hosting a series of small, intimate gigs in unique venues. Their first one ties in with the site’s first birthday and features the magnificent Alana Henderson. The gig takes place in Lost & Found in Coleraine on Saturday 26th April 2014. Tickets are available from Eventbrite for £10. 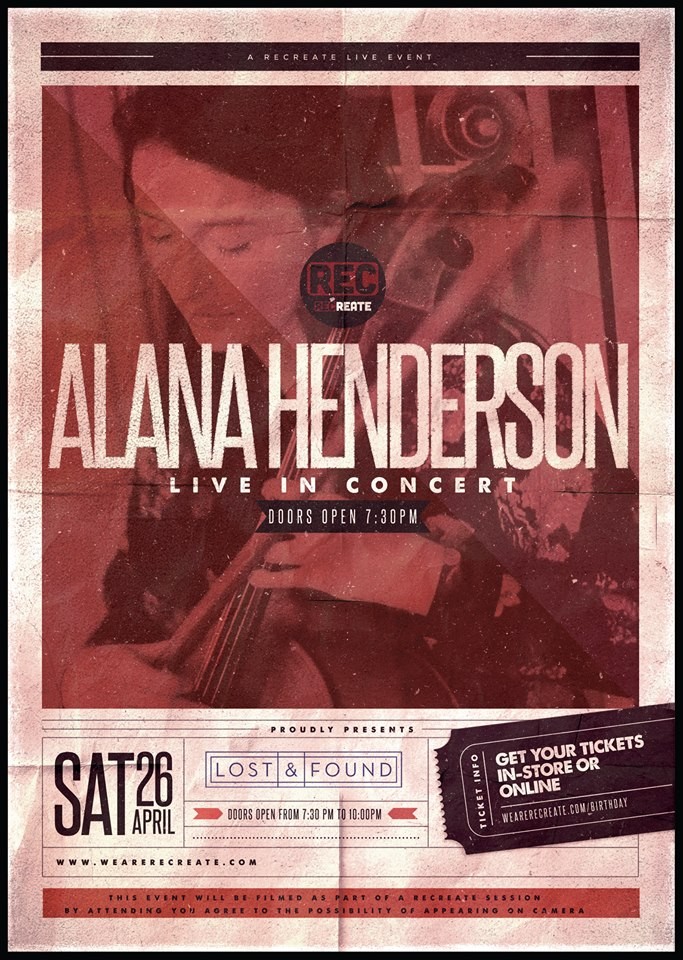