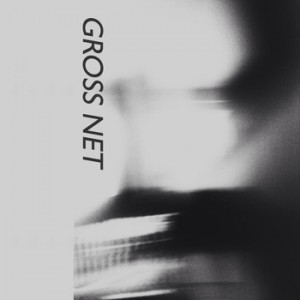 When members of two bands you’re a fan of coalesce into one, then you know it’s going to be something special. Gross Net are one of those bands. Girls Names guitarist Phillip Quinn has teamed up with Autumns’ Christian Donaghey to form Gross Net. A post-punk/ neue deutsche welle band who have recently released their ‘Cassette’ EP, have been picking up new fans along the way. Taking influences from new wave and punk rock and blending atmospheric synths and distorted guitars, the sound the two piece have made could be mistaken for that of a larger group.

‘Wrong Place, Wrong Time’ starts proceedings with stark lyrics that lend way for the music to do the talking. Reminiscent of Kraftwerk, it’s a good introduction to the band and the ep. ‘Spiralling Down’ is the heaviest track of the three. This is perhaps the one that stood out for me as, with every listen i noticed something new. At first it’s heavy, prog like beat disguises the off centre yet accessible melodic guitar underneath.

‘Die Kunst Der Blinden’ is the third and final track and from what i can imagine would be the last song in a live set. It’s fade out keys and guitar leave you wanting more and wondering where the band go from here. What Gross Net have displayed on ‘Cassette’ is that they can pave landscapes and add textures to songs and take you on a journey to really listen and dig into each song to discover each musical nuance. There are not many bands that take influence from a genre of german music popularised in the 80’s on our little island but that’s what ‘Gross Net’ are doing. And doing very well.