Get ready for Moira Calling 2018

by Aaron Cunningham
in Festivals, News

Moira Calling festival returns for a third year on 7th-8th September, bringing another strong line-up of artists to Moira Demesne. Once again a host of local acts are supplemented by English indie pop band Marsicans.

Having attended the previous two Moira Calling festivals, it is well worth a trip. Tickets are on sale now, available for £15 for Friday general admission, £30 for Saturday and £35 for both, with under 18s tickets available and under 12s go free. 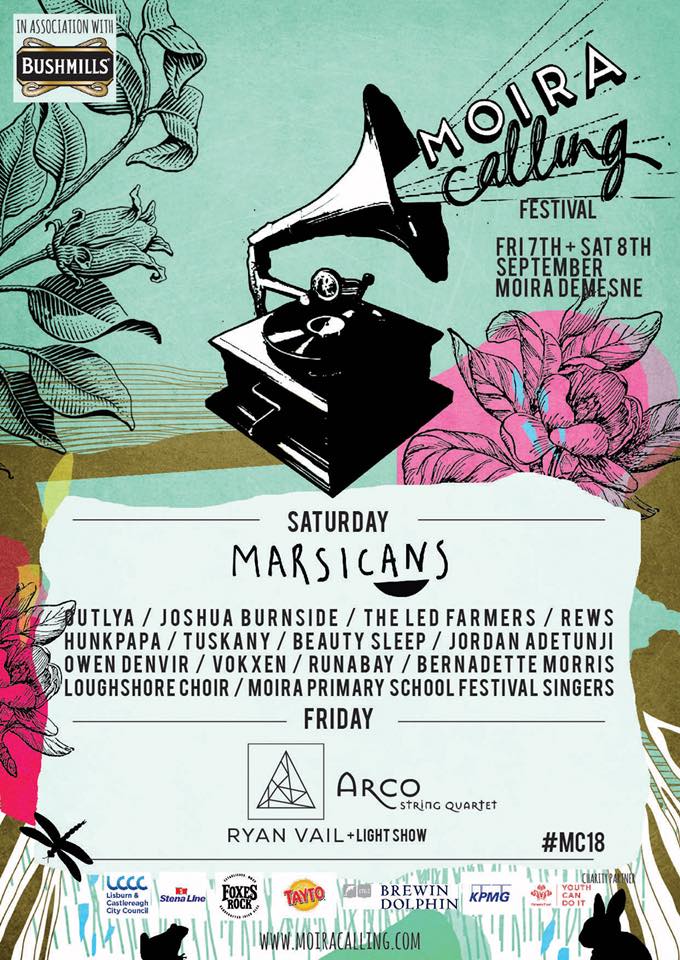