by Robert Brown
in Blogs, Festivals

Well as some of you are aware each week I take a look at some of the gigs you should consider attending and seeing as festival season is now upon us I thought I would do something similar with them.

About: One of the highlights of any NI music fan’s calendar is that of Glasgowbury. Literally taking place up a mountain at Eagle’s Rock, the festival showcases the greatest and upcoming talent from with the local scene. For the first time this year the festival extends to two days of live music to tie in with Derry/Londonderry being the City of Culture.

2013 Line-up: The Answer, Japanese Popstars and And So I Watch You From Afar, Jetplane Landing, Little Bear, Axis Of, Ed Zealous, More Than Conquerors, Trucker Diablo and many more. 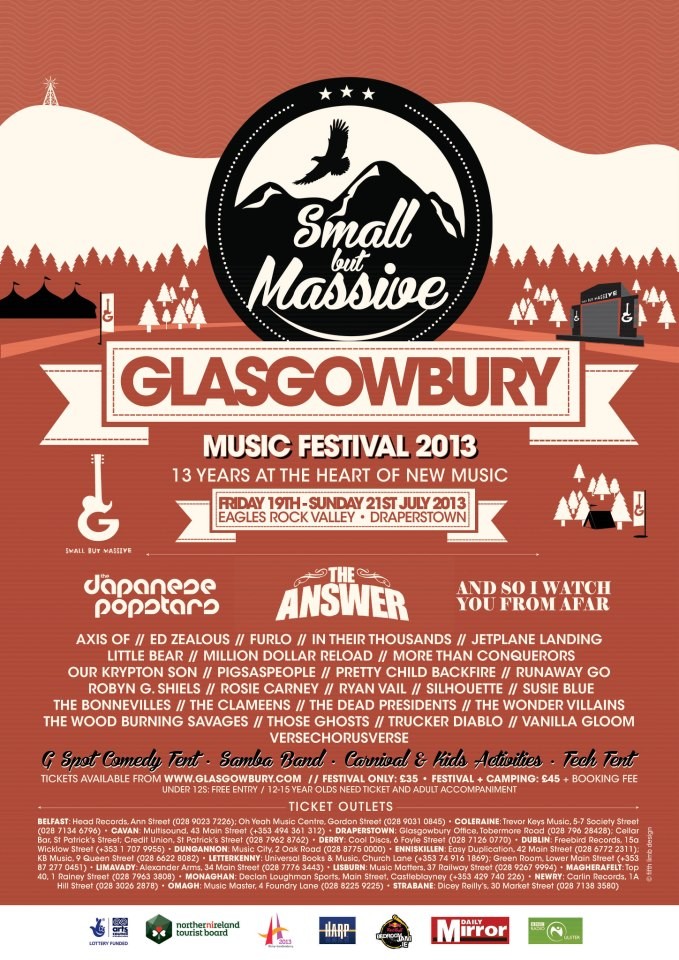 // Gig in the Garden

About: Probably better described as a mini-festival there is a focus on all good local things. Combining some interesting and very talented musicians and a range of hand-picked food and drinks retailers you could do far worse this summer.

Buy Gig in the Garden 2013 Tickets 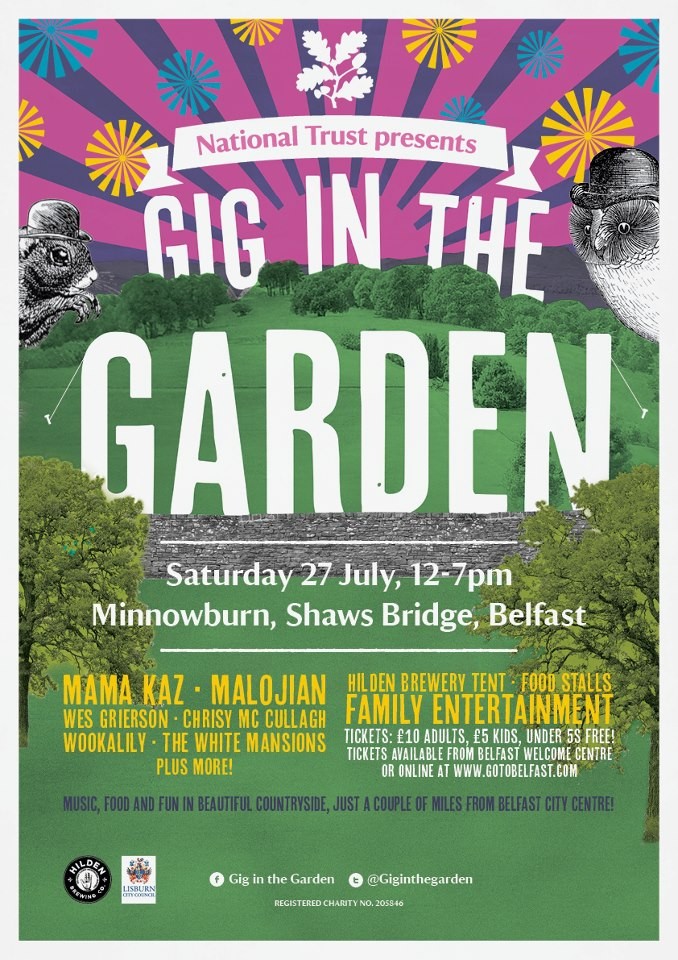 About: The Open House Festival team are renowned for putting together spectacular shows and this year is no different. As with last year they return to the seaside town of Bangor and take over a multitude of venues including Bangor Abbey for a variety of gigs.

Prices: It varies depending on the event – £9+

About: Probably the best line-up that Tanglewood has ever had with their line-up featuring a number of big guns from the local scene. Set in the magical location of Narrow Water Castle, punters can be blown away by the spectacular scenery and the fantastic music on offer. 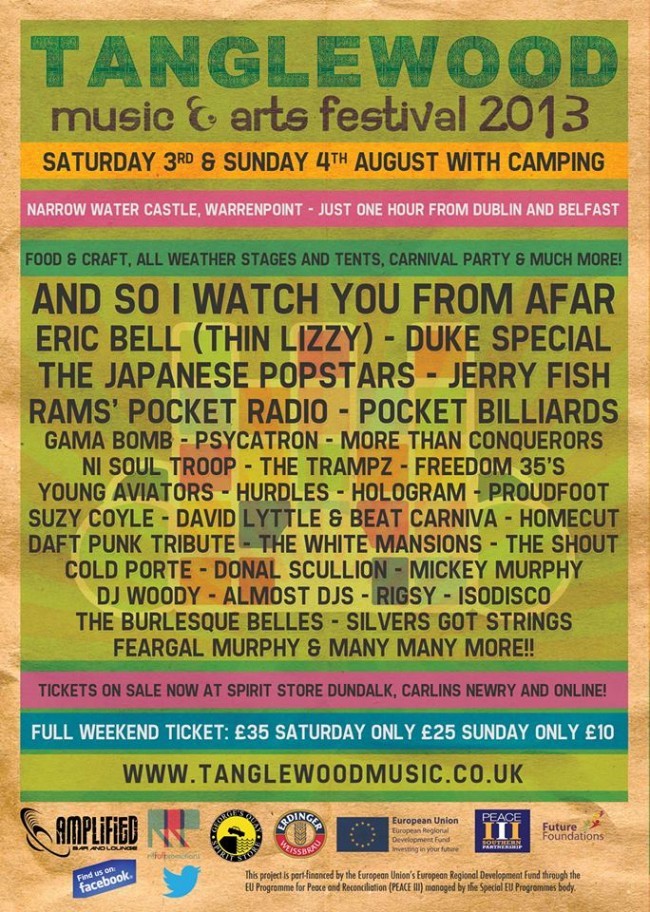 About: Last year Sunflower Fest really stepped up their game and our Peter reckoned it was his favourite festival of 2012. Featuring a mix of music, creative writing workshops, film, storytelling and interactive art and workshops, they really do have it all. Plus a percentage of all ticket price goes directly to charity.

About: Definitely the most boutique festival on offer in the Northern Irish music scene, it is beautiful. Last year it was a tad wet but our spirits weren’t dampened as the chance to get up close and personal with some of our favourite bands was too good an opportunity to pass up.

About: Technically not a festival due to the lack of camping but this is still a key addition to the Northern Irish gig calendar. The location may be quite odd but the big name acts that organisers MCD continues to pull to our shores is impressive. For the first time they have extended the event to three days with varying music tastes being accounted for.

About: Set in the lovely picturesque Limavady, Stendhal always excites with it’s varied range of local acts with a few bigger names thrown if for good measure.

About: More a collection of gigs than an actual festival but it would be unfair to exclude them on this basis. As usual Belsonic returns to Belfast with a collection of national and international bands supported by local music. 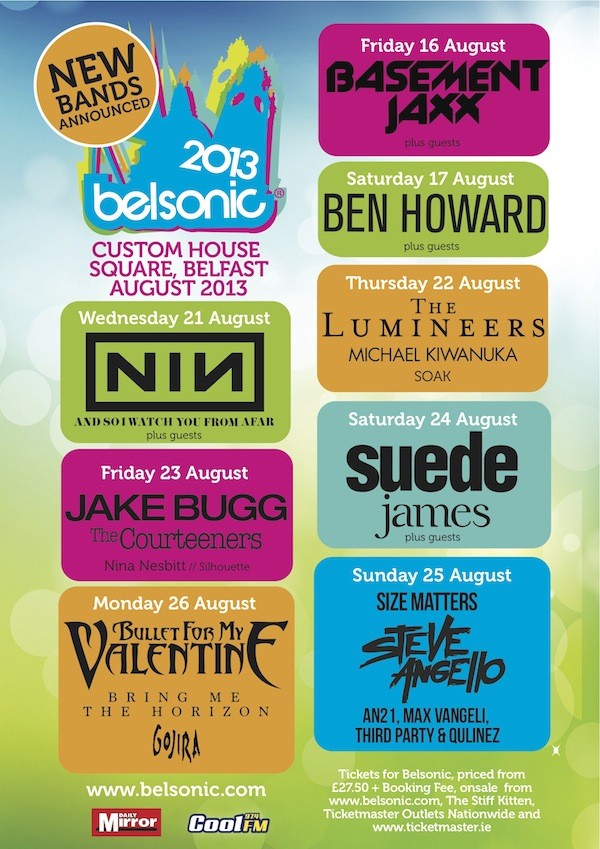